The Light Between Oceans 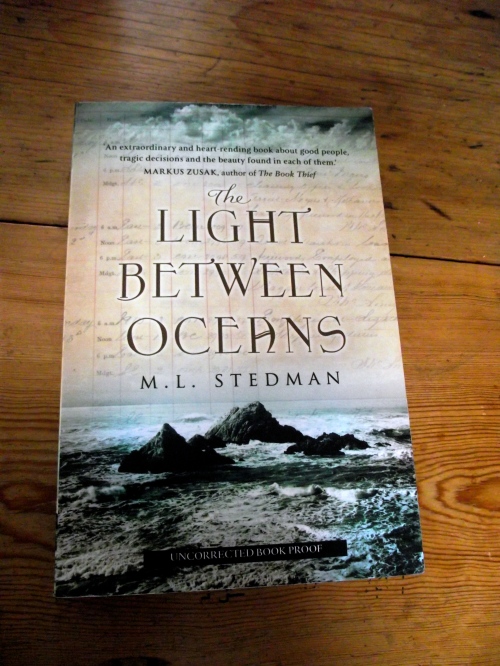 As promised, I have finally had a chance to sit down and write about The Light Between Oceans. A slight deviation from my usual reading (actually published this century!) I was extremely surprised by this debut novel. The book is set on a small island, Janus, off the coast of Australia. After the war Tom becomes Janus’ lighthouse keeper, marries a girl from the mainland – Isabel – and unsuccessfully tries to start a family. One day a (live) baby washes up on Janus with a dead man and everything changes. It is a difficult book to describe because I need to say things like it is a novel about relationships, what is right and wrong, how your past haunts your future without sounding like I’m talking about chick lit. But I’M NOT! That is a label that does such a disservice to this book.

Lighthouses do seem to have their place in literature (hello, Virginia), adding to a story in a way that another setting couldn’t. Personally, I have very fond not-quite-as-literary memories of reading The Lighthouse Keeper’s Lunch as a child. For the most part, the lighthouse enables Tom and Isabel to lead a charmed, idyllic, Adam and Eve kind of life. They are completely suited to their isolation but the tiny world they create gives them opportunity to make some pretty ridiculous decisions they never could have made anywhere else.

There are two massive strengths to this book; Janus is a very realistic but completely unfamiliar world (that I’d really like to move to) and the characters are insanely well crafted. They’re continually off making terrible, flawed, very human choices, and left me siding with the wrong ones! The post war setting works really well in a book that is about morality in extreme human circumstances.

I got sent a proof copy of this book because M. L. Stedman was touring some bookshops and happened to be visiting the one I work in. EXCITING. Plus she signed my copy:

I got to ask M. L. the one question that got stuck in my head whilst reading The Light Between Oceans: Was it difficult to decide what the ending would be? She told me about her writing process: She doesn’t make lots of plans so when she began writing the book, she didn’t know exactly where it would go. It is a story that could have any number of endings and I didn’t know which one would be the one I wanted. Basically, the ending I really wanted would have ruined the book! M. L. said that the more she wrote, the more she just became certain about how it would all turn out. Incidentally I’m not going to spoil the ending but Fleur wrote a review of this book and sums it up really well: “The ending wasn’t obvious, it wasn’t perfect, but it was right.”

If I hadn’t been won over by the book itself (I was), then I would have been won over by M. L. She was very friendly, easy to talk to, and genuinely interested in the different reactions her book provokes. I loved talking to her about this novel and am really pleased I got the opportunity to do so!

A fantastic debut, a story that deserves to be told, and not easily forgotten.